Today my flight was 16 hours+ total. Long and long would be the two words I would best use to describe it. I flew over with two kids who were going to Japan, no where near me, and a lady who was now a teacher in Japan who had done the Rotary Exchange when she was 17. We saw glaciers off of Alaska. 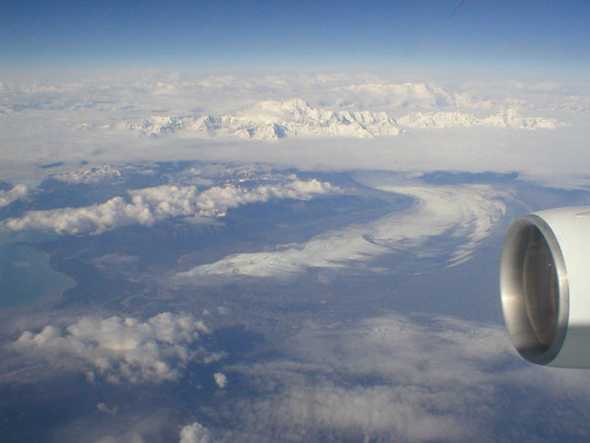 We learned lots of funky things that probably will never help me. At customs they were a pain but they caught on to the fact that a group of Rotary Exchange students probably weren’t terrorists. I was greeted by five men and a secretary. They all greeted me and gave me business cards. One of the people turned out to have grown up in southern CA and his English is flawless. They took me to a restaurant and we had a LOT of stuff. Clams, raw fish, shrimp, crab, little whole caked fish, jelly fish and then lastly raw horse which I had to decline. They had me try a glass of a wine/alcohol that was like a Russian Vodka I am told. With all of the exotic things they had me try they would watch me as I ate it and wait for me to say it was “OK”. I think that I was their entertainment for the night because they sure did laugh a lot. It was a lot of fun. After that I went to the hotel because my host family was out of town so they had me stay here. This picture of the sign was made from my room, they also drive on he other side of the road here and it is confusing. 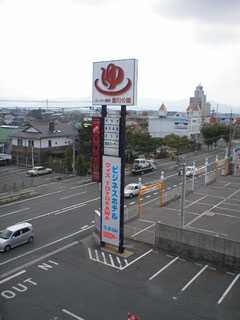 My toilet was very hard to understand and that is probably why it had an instruction panel.

My feet are just a little bit too big for the little hotel flip-flops. I made the mistake of trying to take a bath which was very hard since the bathtub was smaller than it looked. My towel, when held at the corners and draped to the floor, is below my belly button. Everything is not my size. If I was one foot shorter it would help.