LAYER’S is a burger shop near Hisayaodori Station I discovered it poking around the internet. It has a fairly high rating on Google maps too, so I was keen to check it out. It was crowded at lunchtime, which was a good sign. The only open seats were outside. It’s heated, so we went for it.

Layer’s burgers are big, and that appears to be where the name comes from — many layers of ingredients stacked tall. I ordered an avocado burger, with bacon and cheese on top. I tasted the fries first, and they were good. There was an interesting salt & spice mix on the side and they provide ketchup at the table.

Now for the burger. To be blunt, I almost didn’t feel like reviewing it. The bacon was good, crispy in spots, but that’s where any praise stops. The patty is mass produced and was obviously frozen minutes before. It was tough in places and didn’t bring me joy. It lacked the tenderness and juice that I crave in a good burger. All of the patty’s flavor came from the salt and pepper piled on when it was grilled. The lettuce was not fresh, and didn’t add any texture and crunch. 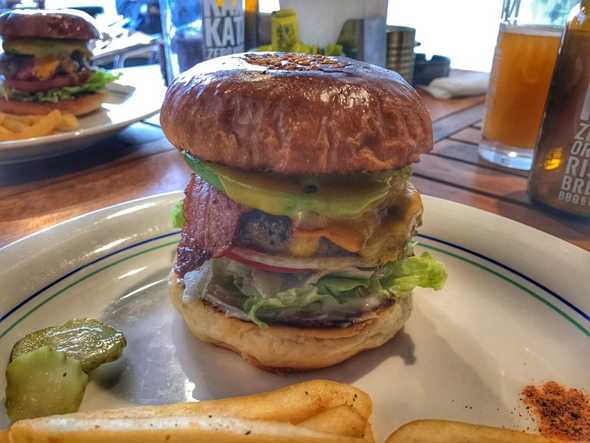 Layer’s redeeming point was that it served beer called KAMIKATZ from a brewery called RISE & WIN Brewery which is located in Tokushima Prefecture. The brewery is also a store and tries to achieve ”zero waste organic life”. It’s a cool concept and according to them means:

In order to reduce waste from excess packaging or having to buy inconvenient amounts, everything here is sold by weight. Bring your favorite container, we have everything from nuts and dried fruit to pasta and rice as well as seasoning; please pack and buy only the amount you actually need. Of course, craft beer is also sold by weight. Go ahead, enjoy shopping; it`ll lead to Zero Waste!

The Leuven White that was enjoyable and could almost be described as a Japanese Hoegaarden. Later, I discovered that RISE & WIN Brewery makes five different brews, and I would like to give them a try. 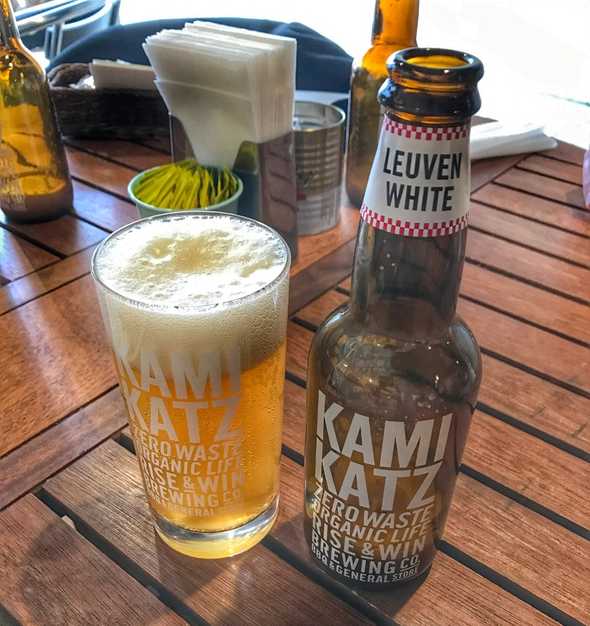 The total damage for a lunch set with beer was around JPY 2,300. 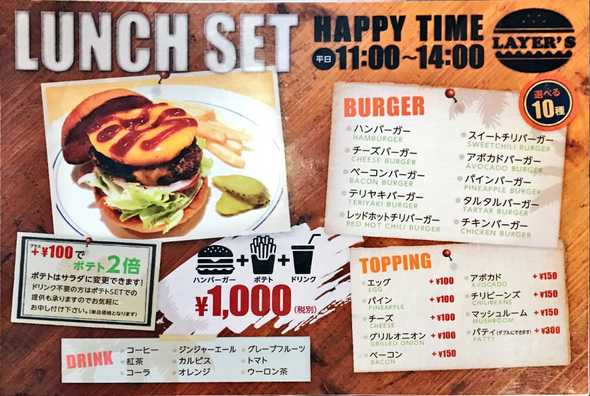