I heard great things about SMASH HEAD, and found out that VOL 8 of Pecha Kucha Night Nagoya was hosted at here. (If you’re unfamiliar with Pecha Kucha Night, the premise is people present 20 images x 20 seconds. The Tokyo event is always intriguing.) I had to check it out. 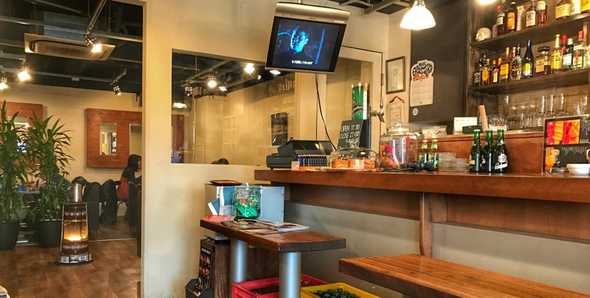 The menu tries to be very ”American” with pictures of coke splashing as ice cubes are dropped in, and has Budweiser and Coors Light. The shop is smoker friendly, they even had several cases of branded lighters. The stuffiness and smoke gave me a headache.

My wife ordered a guacamole burger which had lettuce, tomato, onion, cheese and, no surprise here, guacamole. I tried a bite of it and the guacamole on the burger was unique and the citrus flavor was enjoyable. 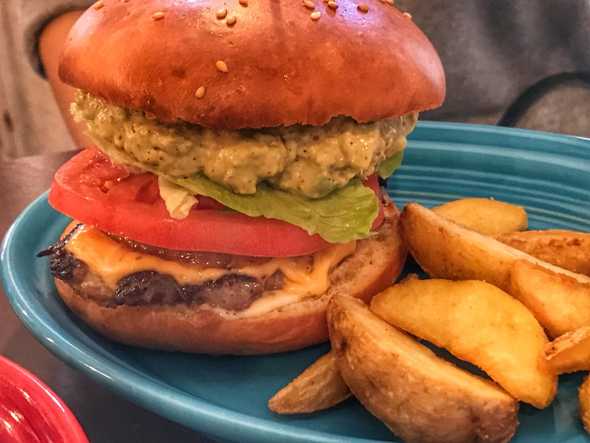 I ordered their BBQ burger. I’m a sucker for BBQ sauce, and miss it as much as ranch dressing sometimes. The burger was composed of lettuce, cheese, egg, fried onion and bacon, all topped with BBQ sauce. The lettuce was super crunchy, the egg was cooked to the right texture and the fried onion was great. The flavor of the bacon is hidden by the BBQ sauce and it doesn’t contribute much to the burger. The patty at SMASH HEAD isn’t something to get excited about — there were some rubbery bits that I spit out. The fries were decent, but a bit on the salty side. 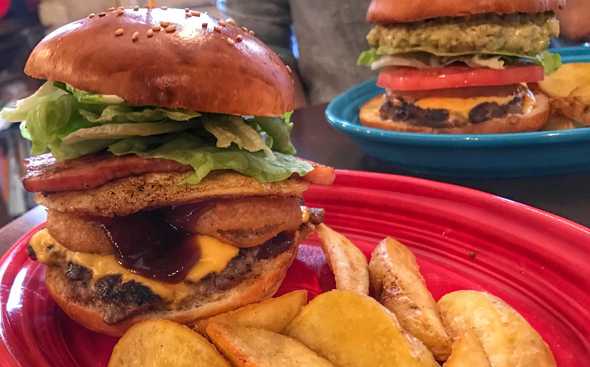 In terms of patty and atmosphere (as someone who hates poorly ventilated restaurants filled with smokers), I’d only give SMASH HEAD a 3/5, but the flavor of the two burgers definitely merits a return trip, so…4/5, barely.

They have a proper cycle stand outside, which is a nice touch.