Heading east on the Higashiyama Line, stations alternate between being commercial and residential. After Shinsakae, the next commercial area (not to say that it wouldn’t be a convenient place to live) is Imaike. The Higashiyama (yellow) and Sakuradori (red) lines meet here. The side streets near the intersection are packed with interesting places. 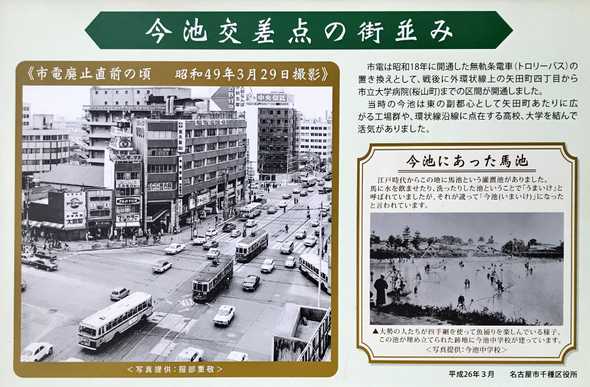 The trolley bus which started operation in 1943 later became the outer loop of city trains. The left hand picture above shows the crossing in 1973. The trolley formed the outer loop of the city with several factories along it and connected schools. At the time, Imaike was the urban subcenter of Nagoya, and it was lively back then too.

In the Edo period, a large pond existed where Imaike Junior High School is today. It was used to water and wash horses, so it was called Umaike (馬池), which means Horse Pond. The modern name of Imaike is said to come from that mispronunciation. In the picture on the bottom right, it shows people catching fish with a yotsutazuna (手綱), pictured here, which is a a sort of cross with a net attached to it in the pond.

There is a nice climbing gym called Play Mountain! right at the station. Imaike is also home to Furukawa Art Museum and one of Japan’s famous Don Quijote stores.

Imaike is absolutely packed with great places to eat. If want a traditional deli style sandwich for lunch, Craft Sandwich is across the street from the large Max Value Supermarket. They use bread from the delicious boulangerie Le Plaisir du Pain. 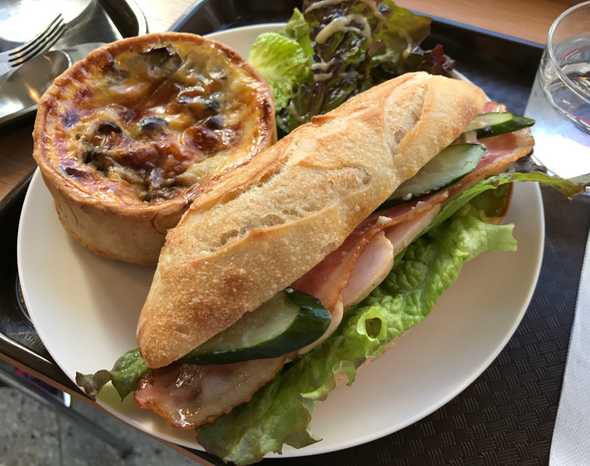 Imaike has some delicious yakitori Chicken Boy (Japanese blog). The shop is small, and the owner is an interesting character. He’s confused why his nonsmoking restaurant which offers a large selection of craft beer, on top of delicious food is popular with foreigners. 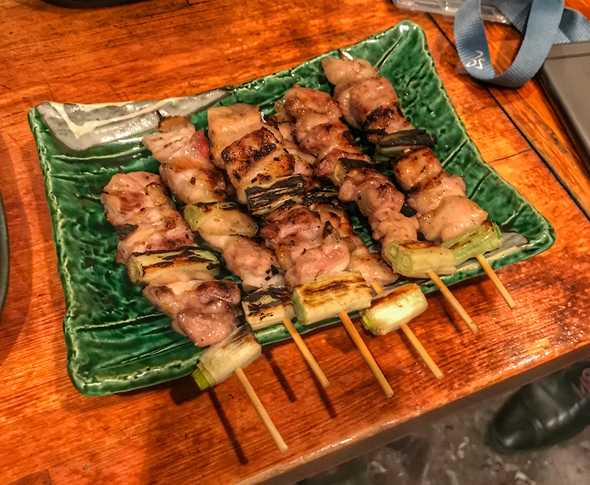 Yakitori at Chicken Boy in Imaike

The original Misen is also located here. The Yabacho branch is better, and by better, I mean spicier, but the atmosphere is similar. I was told that Fujino is a great place to get sushi in Nagoya. For reasonably priced Yakiniku/Korean BBQ there is Gyukaku, a chain that is popular in Tokyo, but less common in Nagoya. 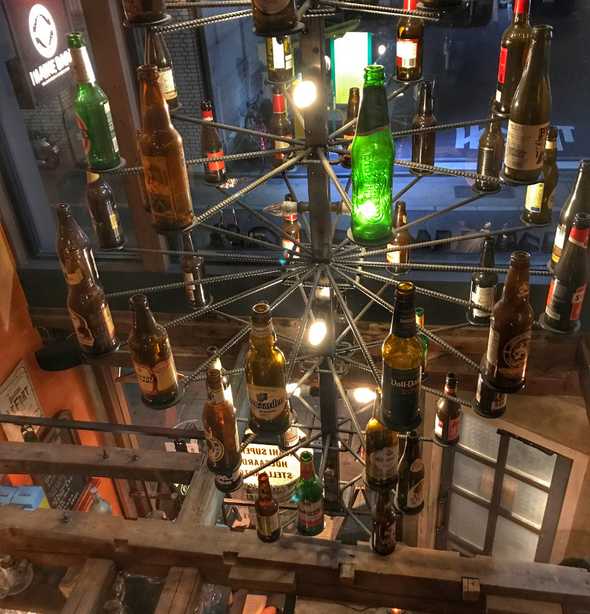 Later in the evening there is also the chill Imaike Baru, Himmeru and for nightlife, Imaike has the Plastic Factory.