Nagoya is home to iconic Buddhist holy sites and relics. One of them is Kakuozan Nittaiji (覚王山 日泰寺). Nittaiji is comprised of the temple, a monastery and a massive, sprawling graveyard which holds the tombs of many powerful families in Nagoya. The temple is split in two parts, and it’s easy to miss half of the sights! Make sure to study the map at the entrance.

The temple is unique for three reasons. First, in contrast to other temples in Japan, which in general are centuries and centuries old, Nittaiji was only built a century and some years ago. Second, temples generally belong to religious sects, and Nittaiji is independent, so it is seen as a unifying factor for Buddhism around the country. Third, its strong connection to Thailand. In the name, ni (日) means Japan, tai (泰) means Thailand and ji (寺) means temple.

A single road, lined with several small shops, connects Kakuozan station and Nitaiji. On the 21st of each month, various stalls are set up along this road. On your way to the temple you’ll discover various ateliers, Eikokuya (known for curry), Hiraki (known for crab cakes), Zarame (doughnut and coffee shop) and many more unique places. 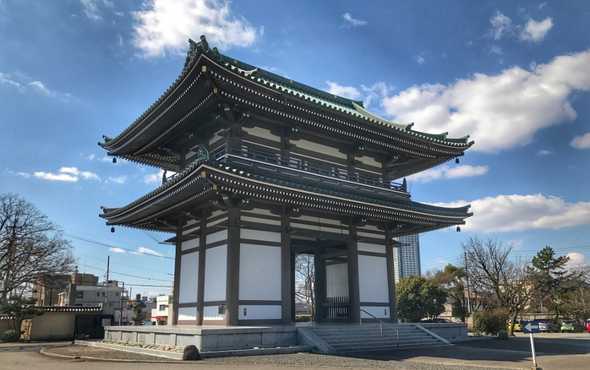 After a few minutes, you’ll see the main gate to the temple, which houses statues of Ananda Arhat and Mahakasyapa Arhat. 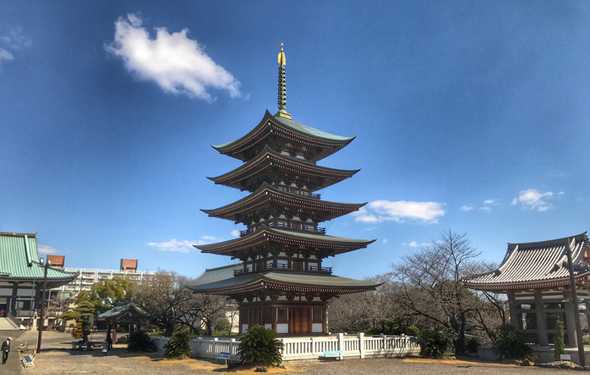 Just so you know, Buddhism is one of the oldest religions in the world and just like others it underwent deep divisions after the life of its founder Gautama Buddha. Nittaiji is home to the ashes of the great enlightened Buddha which were donated to this temple by the kingdom of Thailand in the first decade of the twentieth century. Since it was such a unifying factor for all 19 sects of Buddhists, the Japanese made it extra special using contemporary and historic architectural techniques.

It is a great symbol for Buddhism and its harmonious teachings. As a sign of sectarian understanding, the Nittaiji temple gives control of one sect for three years at a time. The Chief Priest is also chosen democratically among the 19 sects. 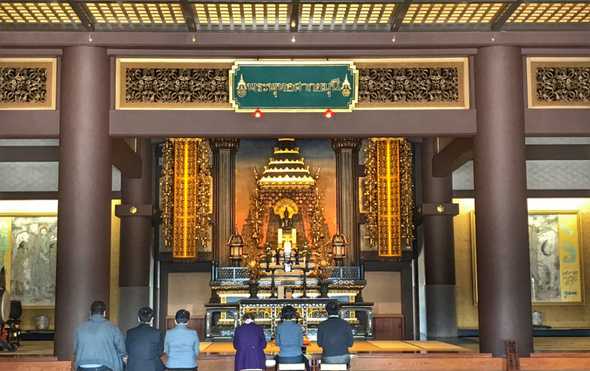 Inside the Dharma hall

Inside the Dharma hall, there is a gold and bronze statue of Buddha which was a present from Thailand’s king Chulalongkon. The Thai characters on the green sign read ”Sakyamuni Buddha” and are surrounded by the coats of arms of king Bhumibol Adulyadej and king Chulalongkon.

The origin of Nittaiji is unique compared to other temples, as you can deduct with all the mentions of Thailand. The history, as explained on the Nittaiji website tells us:

In January 1898, close to the border of Nepal at Pipurahwa, William Peppe, British residence officer found a pot of soapstone with human remains contained during excavation of ancient tombs.The ancient character of 3rd century B.C was carved on the surface of the pot. It said”The pot of the holy remains of Buddha is enshrined with a heart of trust by wife, children, brothers and sisters, together with a Sakya clan in India, Sakya”.The early Buddhism text stated that after Buddha passed away, he was cremated and the remains were deified and divided into eight. Sakya clan obtained a part of holy remains and enshrined at Kapila-Vastu. This proves that the description of the text is true.Among scholars of Western Europe in the 19th century at that time, they believed that Buddha was imaginary person and some scholars considered that worship of Buddha is a ritual of solar myth.Excavation and existence of Buddha’s holy remains transformed the religious world. Therefore, this incident was one of the major discovery in the 19 century in the East.

Indian Government Office received the offer of some grave goods of this reliquary pot and then, these goods were delivered to Kolkata (then Calcutta) museum.Remains of holy bones were donated to the Royal Family of Thailand（then Siam） which is a Buddhist country.Then majesty king Chulalongkon was really inspired with donation which is still enshrined at Wat Saket at present.Later, Buddhist countries like Sri Lanka (then Ceylon), Myanmar (then Burma) were provided with the remains.Hearing this news at that time, Japanese minister, Manjiro Inagaki implored to the King that Japan, also Buddhist country, would like to share the happiness to receive the remains of Buddha.Consequently, the Royal family from Thailand provided to Japan as the gift to the people of Japan. 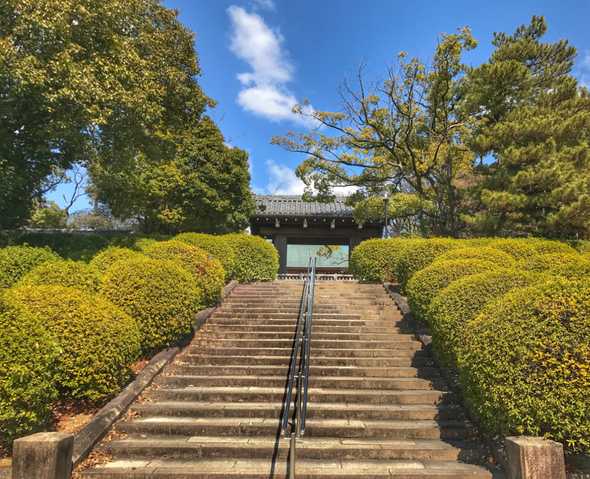 Stairs to the enshrinement tower

The remains of Buddha are kept in a fifteen meter tall tower that was designed by a professor from the Tokyo University. It echoes the architectural conventions of the Gandhara style that flourished several thousand years ago. The remains are present in a pot on the second floor. The tower is made from Granite to withstand the forces of nature. 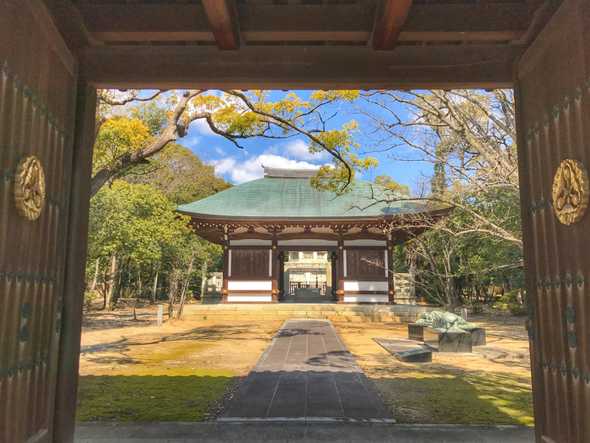 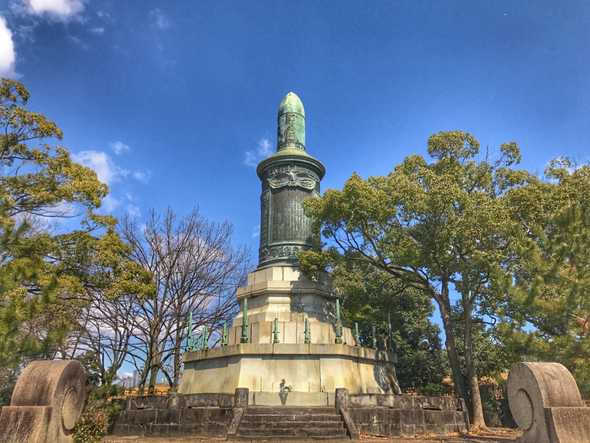 A memorial tucked off to the side from the tower

Other annual events that you can attend here include the Nirvana assembly on March 15 and Vesak festival in May. In addition to these festivals if you can’t make it, 21st of each month is a busy day and a social gathering date for the Nagoyans who go to this temple to pray and even relax when the weather is nice. You can enjoy the temple and immerse yourself in the mystic peace that surrounds it. While a bit off the beaten path of Nagoya Castle and Atsuta Shrine, it’s sure place to visit if you are in Nagoya, especially on the 21st of the month!