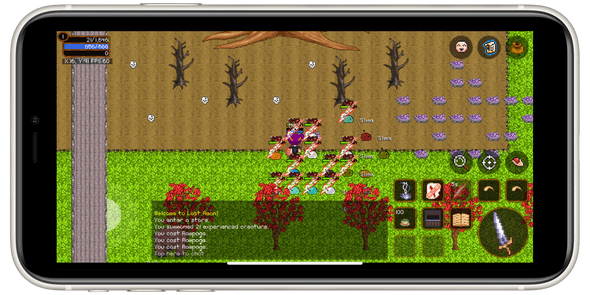 It’s been a month of Lost Aeon development during COVID-19. I spent Golden Week (a group of consecutive holidays) at home, and I want to give a quick update and mention a few things I’ve learned. It’s been fun developing this at night because it reminds me of the nights I spend working on Aspereta back in high school. 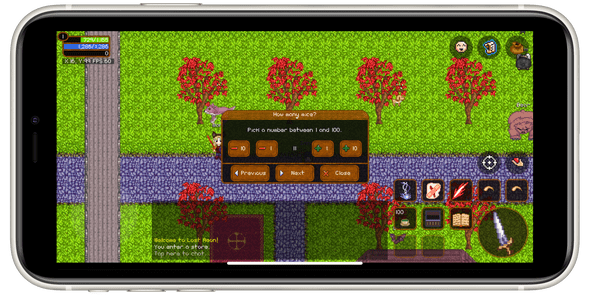 Most of the necessary engine features, UI, and the dialog system are fully functional. Most of the basic game functionality is complete. For example, when you attack monsters, they flash and show damage numbers, and spells have animation effects. 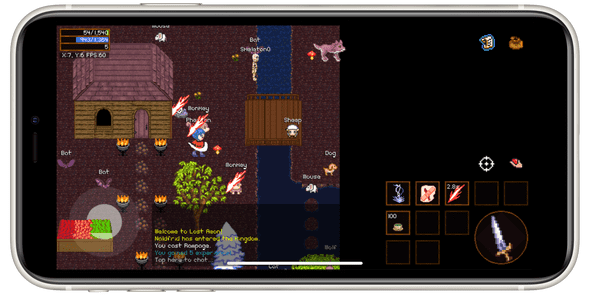 Building this was my first time using Phaser, so I spent a lot of time trying to figure out how to accomplish simple tasks. Phaser has reasonable documentation and examples, but I found many things to be overly simplistic or not as clear as I would hope. For instance, tilemaps have static and dynamic layers, but there wasn’t information in the documentation that described if it culls tiles out of the camera’s view. I found that dynamic layers yielded much better FPS than static layers, and wish that this was explained. There is a Discord server, but it’s not something you can effortlessly search.

Since I was reusing assets, for image editing, I was trying to avoid installing anything. I started with MSPaint and Paint 3D. MS Paint removed transparency on my PNG files, and Paint 3D frustrated me. I installed GIMP to replace Paint 3D, but I was editing images in MSPaint still and removing the opaque background with GIMP. I tried Piskel before but asked Jenn what she recommends. She pointed me to Aesprite. Aesprite can be complied and used for free, or you can pay $15 for the binaries and support the project.

I started using Atlas Packer because it was free. It had a few bugs/quarks - for example, Atlas Packer outlines the texture under your mouse cursor, and if you click export, it puts a red border around the sprite under it because it generates the image file from the canvas. It doesn’t optimize the output either, so the results need to go through a separate optimization process. 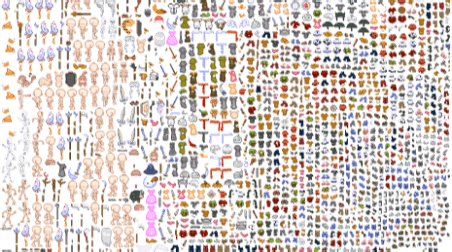 Eventually, I tried, and the purchased Texture Packer. It provides a lot of helpful features. It will optimize your sprites by running them through PNGGauntlet, trim whitespace, use more efficient image formats, etc. It also saves a project file, so it’s much quicker to modify your game assets than Atlas Packer. I also found that if you access their site without any cookies, they will offer the software at 50% off if you make under $100,000.